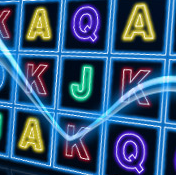 The road to success is under construction and for Zynga, it may take a while before they get to where they want in terms of online casino transition. According to gaming critics, the social media gaming giants’ evolution to become a real money gaming authority may not be that easy. Late last year, Zynga introduced real money poker games on Facebook which will be available on smartphones and mobile computers. British enthusiasts will be the first beneficiaries of this plan. It is easy for the game developer to penetrate the UK market as Zynga Poker, through a report from The Guardian, was hailed as last year’s Apple’s Top Grossing iPhone game. Now, Zynga pushes for success in virtual casino games but many online gaming experts believe that it will be a long shot. There are still many questions that online gaming companies like Zynga need to answer. Many still ask how betting goes or how to claim their winnings.

Zynga Casino games may survive this obstacle, if their focus is in the United Kingdom. For its UK poker games, Zynga teamed up with an online gaming company that has been in the betting industry for a long time, Bwin Party Digital Entertainment. This is the same company that operates http://www.partycasino.com. Under the deal, Bwin and Zynga will offer real money games in the United Kingdom under Partypoker’s platform. This is possibly one of the biggest partnerships in the online gaming business right now. Zynga has been a consistent top game provider in social media sites over the years while Bwin is one of the biggest online gaming and betting sites in the world. Partycasino is one of Bwin’s largest products online. This game is supervised not just by Bwin experts but also by top online gaming authority Partygaming, which Bwin acquired in 2010. Zynga and Bwin are yet to announce any plan involving online casino games but this joint venture can serve as a foundation for Zynga’s virtual casino plans outside the United Kingdom. Zynga offers slots and other casino games, but not the ones that let players win cash. If they can provide British gamers with quality and secured games, there’s a high chance that people will prefer them over land-based casinos.

Online casinos won’t not have any problem attracting players as they can provide convenience, a criterion that most people look for. Of course, credibility will always be an issue as the games involve money. According to London-based researcher H2 Gaming Capital, Zynga Casino’s gamble in the US may not pay dividends instantly since there are only three states that offer virtual casino games. However, with the popularity that Zynga has built over the years, it won’t take long before it conquers the country.