Nearest5 Gives Us All a New Way to Break the Ice 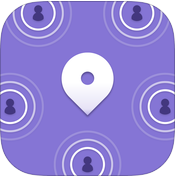 Have you ever been at a conference, in church or somewhere else that you couldn’t talk but you really wished that you could have pointed out something that you saw to the people around you? Have you ever been the new person in a room that didn’t know anyone and you wished you had a smooth way to break the ice and start a conversation with the stranger next to you? Have you ever wished that there was a better way to share photos with those around you? Well now there is an app for that. Nearest5 is an innovative new app that allows users to broadcast photos from their smartphones to the 5 users closest to them. Available now in the UK iTunes store, Nearest5 fills a niche for users who need or want to share photos quickly with those in close proximity to them. Rather than taking the time to create a text group, this app allows users to transmit their photos to those nearby with ease. Global publishing of photos is also available from the app’s rebroadcasting feature. Nearest5 smoothly incorporates the art of conversation into the photo sharing world. By integrating an easy to use and quick chat feature, shared photos can serve as conversation starters or can be needed “ice breakers” for those who need a way to start a friendly chat in an unfamiliar environment.

The functionality of this app is very impressive. Most photo sharing programs are created without the experience of the user in mind or they are singular apps without much functionality beyond the image itself. This app breaks the self-imposed boundaries that the photo sharing industry has built around itself. Every aspect of the program flows seamlessly and the operating speed is very quick. The delays that are usually an expected part of photo sharing or third party texting applications are non-existent in Nearest5.

The image quality is excellent for those on the receiving end of a photo broadcast and the inter-app options give users a great deal of flexibility. The identity feature can be turned off for those who want to hide behind the anonymity of their phones. For those who wish to be known, the app will alert your photo’s recipient to its original owner. You can also include a creative, intelligent or humorous caption for your image that is immediately seen by those around you. This app is also integrated with Facebook. This integration gives users the option of creating an independent Nearest5 account or quickly looking on with an existing Facebook profile.

The designers of Neareast5 were obviously thinking outside of the box in the design meetings on this app. Rather than sticking to the feminine color schemes that are all too prevalent in the photo sharing and chat app genre. A gender neutral royal blue background and clean lines make this app appealing to any gender and age group.

An app that makes photo sharing easier and more convenient is long overdue which makes Nearest5 a welcome addition to the iTune store. For those of us who need a grown up app, we can finally say “We have an app for that!” FINALLY.