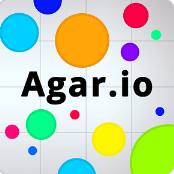 There are places in this world that are beautiful, exotic and quite popular as well but you haven’t heard of them ever. There are some personalities in this world who have transformed the way we live but you haven’t seen a single picture of him. There might be some aliens as well in this universe that we’re yet to meet. Similarly, there are many games that have become a household name and their popularity is immense, but you’re like living in the third world and you don’t know what others are talking about. Such a game we have today in our review court. So let’s find out if it’s really worth the hype! I’m talking about the Android app called Agar.io that has been developed by Miniclip.com. The app is compatible with all the devices running Android 2.3.3 or any later version of the OS.

Agar.io is a very addictive game, I must say. Once you’ve started it, you’re going to kill some significant amount of time. But let’s talk about the concept of the game first. As we all know, we’re all made of cells – tiny cells. In this game, we’re talking about a world where you start as a small cell and your aim is to grow big, literally. To make this happen, you have to feed on smaller cells i.e. cells which are smaller than you in size. Just overlap them and they’re gone! There are many such small cells spread around the ground and the ground is pretty big. You can roam around left, right, up and down with the simple touch controls and keep on eating these small cells. But they’re not sufficient if you want to grow quickly. For that, you’ll have to eat on other players who are comparatively much bigger in size. But when two humans come face-to-face, there’s always a reason to fear. Here we have one as well. It’s alright to feed on other players who are smaller than you. But you’ll encounter many more players bigger in size than you and they’re looking for the same diet as you: smaller cells. So you have to maintain a distance from them and avoid them as long as possible. If you get too close to them, they’ll eat you. The bigger you get, the slower you get. So at times you’d feel too heavy to chase another player to eat it. At such times, you can use two different powers. One is to split yourself in two and the other is to eject some mass of yours and gain back the old agility in your moves. Sometimes it’s necessary to lose something to gain something bigger.

The graphics and especially the animations of the game are super-fluidic and awesome. You couldn’t have asked for a better gameplay. The super-simple controls add further to the joy. The colors are rich and everything’s smooth like a paste.

So I would definitely recommend this game to everyone out there. It’s amazing! The app is available for free in the Play Store. So grab it today!