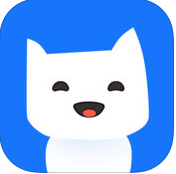 The boom in app culture which has accompanied the proliferation of smartphones has been very productive. Consumers today have more choices in software than ever before. There exists an app for virtually every problem out there. However, one space which has been slow to catch up is women’s health. There has a been a lack of apps which address common issues which women are prone to. Case in point, there aren’t too many apps which can help women to track their periods. Until now, even the ones that are available aren’t too intuitive or useful. The inme: Period Tracker app changes all of that. As one can infer from the name, inme is a period tracker, through and through. It does one job and does it well which is helping women track their periods. One of the best things about the app is how easy to use and user-friendly it is. Even older women, who are less tech-savvy in general, should have no problem in navigating this app and making use of all its features. This is a direct result the thoughtful and logical placement of menus and buttons. Overall, the UI is very well designed. Besides being highly functional, it looks good too. The colors used are bright but not lurid. They give the app a friendly and inviting appeal. Even the icons are very attractive. They look cartoony and convey what they stand for very intuitively. The other cool thing about the app is that not only does it simply track when your period occurred, but it can also be used to record the nature of the period. That is, it can record other information and details about your period. The app can document how heavy the period was, what symptoms you felt and how you were feeling overall. This feature is useful for retrospective analysis. One can go back and see the recorded information to examine patterns or check for deviations from the norm.

One of the most helpful things the app does is provide related health information. The app does a good job finding relevant information that can help a woman with many of the common symptoms of a period.

• Easy to use and navigate

• The app can take a bit of time to start sometimes

Conclusion: In an already sparsely populated segment, inme: Period Tracker stands out as a clear winner. The app performs all functions a woman could want from a period tracking app. The app is fully fledged and accomplishes much more than just simply period tracking. The best part of the app is that it’s completely free, which is astounding given the quality of the app.