iDelete : Time to Erase Your Mistakes 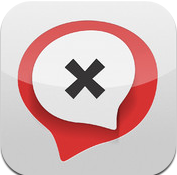 Okay, it is true that we are all humans and it’s obvious for us to do some naughty and funny stuff with our friends. It can be a prank or a funny SMS, whatever it may be. But sometimes you cross the limit and do something that you’ll regret later. Most of the times the situation is something like you have sent a photo or a message that the receiver has saved and all you can do is plead for guilty. But if your stars are not bright that day, you may even get a blackmail call. This is really not as funny as you expected and now is the right time for a detective to arrive at the crime scene;a detective who is as smart as James Bond and leaves no trace behind like waxed fingerprints. I am talking about iDelete, an iOS app that has been developed by iDelete Technology. The app is compatible with iPhone, iPod touch and iPad and requires iOS 6.0 or later version of the OS. The app has also been optimized for iPhone 5. It is a messaging app to send messages to your friends. But with official iOS messenger already installed in your iPhone, why is there a need for a secondary option? Well, there is, listening to the present scenario and depending upon your requirements it may even replace the original messenger. The app allows you to send silly and funny messages with or without pictures without worrying about getting caught later. The messages you send will be self-destructed from the receiver’s and sender’s phone as well as the server within a short duration of time as decided by you. Therefore, there will be no clue whatsoever of whether the message was actually even sent or not. But if the receiver is wise enough, he/she may take a snapshot of the message and save it for later use. That’s where the developer’s patent called “Pending Screen Shot Protection” comes into play. The message is not readable when you receive it and a timer is ticking below at the bottom of the screen. You have to move a magnifying glass over the text and the image and only then can you see it. So there is no chance for the reader to take a screenshot of the message at all. In any case if the message is not opened, you can delete it from your outbox and it will be deleted from the receiver’s as well. Isn’t it amazing! The app is really a boon for short tempered persons who can’t control their anger and disgust even when they know that they are to be guilty later. There is just one excuse for you to not download this app. You can send messages using this app only if the receiver also has this app installed on his/her phone. But I think that it works in your favour as no longer will the message be delivered and result is same. However this stops from the app becoming a permanent messenger for all sorts of messages.

The app can save your thousands of dollars in case of sue and is still available for free. So, what’s the point of not installing it now?