SurveyToGo : The Key to Frustration-Free Surveys 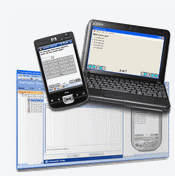 If you’ve ever been a part of a campaign like encouraging people to save trees or quit smoking, you’ll be very much familiar with the heat of the bright day. But if you’re working for a NGO or any other government organization and taking out surveys, the situation goes as worse as it can. Some people might find it interesting to come across different people, get familiar with them, ask them a few boring questions and then say good bye with the biggest smile you could afford. But for guys like me, it is the worst job ever. Just imagine yourself with a pen and a paper in your hand and noting down the information like a robot. That’s why PDA emulators have been designed and they are pretty handy in these situations. But feeding a survey in such an emulator is not an easy task and that’s why some developers have tried to loosen up the pressure a little.

We are talking about the developers of SurveyToGo. If you have been on surveys and you haven’t heard about this web app, you must be from a third world because this app has just overtaken the industry with a bang. You don’t use the app in a survey, but it is a part of the preparations for the survey. The app has been developed by Dooblo and they have designed a tool which you can install in your PC or laptop and create a survey with all the different tools and commands you already know. Then install that survey to the emulator where the app is already installed and run the survey. Moreover, when you’re done with the survey and it has been updated on the server, open the app on your system and check all the details. Then you may save that survey as a Microsoft Excel or Microsoft Word file or even XML file, whichever you choose.

Now that the working has almost been summarized, I must emphasize on the simplicity and customizability offered to users. Creating surveys was never that easy and that too with all the different choices you can ask for. For example, you may even attach files like recordings, images or videos with your survey. Also, you may choose between different patterns for questions, data analysis and last but not the least; testing. Yes, there is a virtual emulator within the app so that you can first check your survey by testing it on the emulator and if everything goes right, put it to the production mode.

Now that everything has been covered up, let’s talk about the pricing department. There are two types of plans. You can either choose Pay per Demand plan or you can opt for the monthly plan. Depending upon your requirements, the plans range from $99 to $1,210 in “Pay per Demand” and up to $1,699/month starting from $399/month for large usage. You get 50 interviews free with the app. So you can always measure it on your scale before actually paying for it. Due to the huge popularity of the software, the developers have a launched an app as well. Don’t forget it to check it out.