Crystal Storm : Catch Crystals If You Can ! 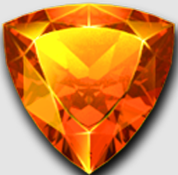 The whole world is searching for crystals; the precious stones which are more valuable than anything material on this planet. So today we are going to give you an opportunity to dig out all those gems which are buried at one place. You will be given some time limit under which you’ll have to collect as much as you can. I can see the ‘dollar’ signs popping out your eyes already so you can just close your eyes for the time being because I’m talking about a game. But don’t get down; we will make sure that it’s as difficult to find crystals as it’s in real life. There will be many explosives in the crypts to help you collect as much crystals as possible. So use them to the best of your advantage and make sure you are safe. The game I’ve referred above is none other than the latest Android release, Crystal Storm. The app has been developed by LightStorm3D. App’s compatibility varies with each device and therefore you’ll have to find it out yourself.

The game is a puzzle of crystals mixed with some blocks and explosives. You will be running from one crypt to another with each crypt consisting of a number of levels. As you tap the crystals of same colour, a chain of explosive reactions will burst out and they will be replaced by new ones. The more crystals you earn this way, the higher your score is and depending on this score, you’ll get a maximum score of 3 stars. If you are able to use explosives in this chain reaction, then the blast will be huge and you’ll score more. In tactics levels, you will have to plan your strategy and the gameplay reaches the next level. Then there are race-against-time modes as well where you will be given a limited period of time to blow off. Apart from the gameplay, one thing that this game would be reminded for is the graphic part. The powerful colour combination has some kind of a spark that will attract you each time when you look at the screen. There is a lot of glare and the melodious sounds in the background truly compliment it. All the levels have been designed beautifully and I must say that this is one of the few apps that excel in every department. There are about 100 levels of gameplay in total. So you won’t be out of stock any soon. Also, there are more than 130 achievements to unlock that maintain that constant thirst in your mind for more. The app is available for free in the App Store though there are many items you can buy from their Shop section. In my opinion, this app is worth many shots; so trying one isn’t a bad offer.