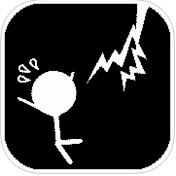 Life is a box full of surprises. Sometimes these surprises bring a happy smile on your face while sometimes, a sad expression tells the entire story. But whatever be the case, life without these surprises is as boring as a taco without the crunch of fresh lettuce. When we look at wallpaper, we stare at it for a moment but then we pass by. We never really care to stop and clap for the person who created it and why should we! It’s no more an art that’s admired by a particular group of people. It’s no genre that people look forward to. It’s a fake smile that can only make you smirk by most. But when this boring art is revived again into a new form that’s never been heard before, applauds are expected. What we’re about to see next is something similar. So position your hands and let the curtains open! I am talking about the latest iOS app called LifeBox that has been developed by Daisuke Sonobe. The app is compatible with iPhone, iPod touch and iPad and requires iOS 7.0 or any later version of the OS. This app has also been optimized for iPhone 5, iPhone 6 ane iPhone 6 Plus. Lifebox is literally a life inside a box. In fact, there are many such lives but they’re not captured but these boxes are mere windows into the lives of these amazing people. But who are they? Actually, they’re all stick figures and if you’ve any notion that stick figures are boring, this app is going to change that tradition. In LifeBox, there are as many as 15 different boxes with 4 different colours: white, yellow, red and green. However, at the start there are 5 white boxes and when you tap on them; you can see the stick figures living inside who’ll perform for you in a funny way; something that’s not expected of them. Each time it’s a new story with a kick start and a pricky end. The more you see, the more you become addicted to them. But the story doesn’t end here!

You can add/delete boxes, change their colour or move/ transfer them from one place to another. There are three buttons at the bottom of the screen that’ll help you perform these functions. If you still don’t get it, then there’s a help menu for you as well. If you like a certain part of the act, then you can take the screenshot and set them as background image of your phone. It’ll add a unique style to your phone that was missing till now just like a pinch of salt in chocolate sauce and it becomes perfect! Overall, LifeBox is an app that’s unique and has a lot to offer in terms of entertainment value. There are endless numbers of patterns that you can draw on the canvas and therefore, there are endless possibilities of creation. It’s like a different story each time and they’re all amazing. So start now and get hooked to this amazing app that’s available for free in the App Store!