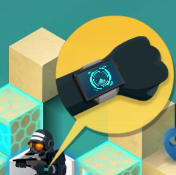 Zombie Sweeper is a free iOS game that is being developed by Arc Game Studio and is set to be released on the app store later this year. Arch Game Studio is not a big wealthy company as it is basically a one man studio and the creator has taken a lot of time and put in a lot of effort to make this game enjoyable and fun.

Story Synopsis:
Zombie Sweeper is an extraordinary new puzzle game and can play anytime, anywhere on your iOS devices as it does not require constant wi-fi support. Ah, that’s a relief. The game is based on a man named Kent, who participates in a secret military bioweapon experiment.but manages to escape causing an outbreak of zombies somehow. The government then decides to create an “Undead Special Task Force” to hunt Kent down and control the zombie outbreak. You play as the Commanding Officer of the UTSF and your objective is to solve puzzles, meet new bosses after every chapter and then finally catching Kent, putting a stop to the outbreak.
The game has over 250 stages and this is probably a genre defining the action-puzzle game. Game Modes:
Since it doesn’t require wifi, you can play this as a single player game and enjoy the immersive experience anywhere and anytime. That being said, the game does feature multiplayer options where you can compete and rank with your friends. This thrilling game is truly being considered as one of a kind and is being highly anticipated for its release in the American and European markets.

What to do/How to play:
Since the game hasn’t been out yet, we cannot make everything perfectly clear but it’s been revealed that the game will, in fact, have over 250 stages, users must also find and sweep mines on each level. The innovative new app provides a fresh new take on a zombie action game. This beautifully designed and unique new puzzle game is for all ages and provides over 40 zombie types to kill, and 9 bosses to defeat. Who should play this game?
Well, this beautiful game is just stunning to look at. You can see the amazing graphics shown in the launch trailers and everybody, young or old, rich or poor, can enjoy this game as it’s going to be completely free on the App Store. People who love zombie games and action games will have a new twist from the regular games that they play and people who love puzzle games will enjoy this a lot more than their average puzzle games.

Launch Details:
Although the launch date is not yet been revealed but it is expected to be released in the month of August-September later this year. It is expected to be released on both iOS and AndroidOS but it is not clear whether it will be available on both the Operating Systems at the same time or not? It is expected to hit the American and European market first, so all the people not living in these regions and reading this, unfortunately, you guys will have to wait a bit longer for the game to hit your respective countries.

What Arc Game Studio has to say about it:
A spokesperson for Zombie Sweeper states, “This exciting new game is easy to start, but hard to put down, allowing gamers to hone in on their skills and achieve success. Zombie Sweeper was created with adventurous gamers in mind, providing challenging missions that increase in difficulty”.
Arc Game Studio said, ” It’s fun and exciting to be able to make a game on my own but at the same time it’s been very tough and challenging. I am working like a zombie every day.”

Overall Verdict:
Well, there is still a lot of time left in the release of the game and it is still in its early days of production, still people already are looking forward to the game to be released and they are hoping much better things from the game but it might be too early to say anything just yet. We wish Arc Game Studio all the best in developing the game and delivering the promise that they are making to all the gamers out here in this gaming industry.