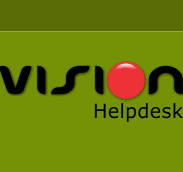 If you own a company or an organization running over multiple companies, it may be a difficult task for you to deal with your clients. There are so many emails you receive daily from each one of them; all of which are important. Also, you need to keep track of the payments, orders and if your success rate is following the right curve. Usually, you would think of buying a no. of different apps and installing them on your computer. Instead, go for a single option that covers the positives of all and leaves no side effects.

Today, we have this web app called Vision Helpdesk, a part of the web hosting company ThinkSupport. The app was founded in 2007 with the developers’ team located in Nasik, India. The app is a web based helpdesk software solution that allows you to manage multiple companies located at different locations at the same time using the multi-domain and satellite helpdesk tools. It combines different channels like emails, Twitter, Facebook, etc. where the user can handle them easily. It converts all the emails into tickets as soon as they arrive in your mailbox. Also, it integrates all the Google hosted mails in your Vision Helpdesk account. Other than the ticketing system, the app allows sending invoices, tracking payments, multi-currency billing as well as supports email parsing. So, surely it is a step ahead of all other similar apps present at the moment.

The user interface of the app is simple but outdated i.e. it is not as efficient as one would expect. It contains a lot of tabs including the toolbar, ticket counter, pin-ups, etc. much like your Gmail account but lacks fluidity and smooth navigation features for a more interactive and customizable UI. Other than maintaining your workflow, the app also integrates report generation, scrap book and in-built antivirus to further maximize your profit.

The app comes in two versions: one is SAAS which is a cloud based service and you don’t need to download the setup and install. The License version includes a setup which can be installed on your device. The SAAS version has advantages over the License one as it automatically updates the software as well as your data has back-up storage all the time. Though there is a 30 day free trial is available to test the service, after on you need to buy a plan. The various subscription plans for the SAAS version range from $24 to $119/month if billed annually. However, if you want to install the software on your device, the different plans available are Lite, Professional, Premium and Ultimate, ranging from $599 to $3,699 for a one time fees with one year support and software updates.

Overall, the app promises many features and works perfectly. But it needs to have a better UI than this old one much like most other similar apps do. There should be smooth navigation and not rigid tabs. We still like this app and would recommend you to give it a try.